Recently, I acquired a new Switch rod that I hope to use for smallmouth and Atlantic Salmon on the White River here in central Indiana.  English Jonny won't acknowledge that the rod exists, nor, in fact, that any such rod exists.  In the UK (see below), long rods are known as two-handed rods and not as "Spey" rods.  I won't go into the history of the etymology of "Spey" rods and "Spey" casts, but Jonny's frustration with Americans in entirely understandable.

However, his problem with the "Switch" rod, while also understandable, derives from a misconception about the origins of the term "Switch" rod.  The majority of anglers assume the name comes from the fact that a Switch rod can be cast with either one hand or two (because it's long enough to handle two-handed casts, but not as long as a traditional two-handed, i.e. "Spey" rod, with which single-handed casts are essentially impossible.)

As it turns out, the real history behind the origin of the "Switch" rod is more fascinating than the myth.  You can't make this shit up.  The rod gets its name from the River Switch, which finds its headwaters in St. Louis, the capital of Scotland.  The River Switch forms with its partner, the River Spey, that region known as the Fertile Croissant, sometimes also referred to as "the cradle of civilization" because of the pastries.

Anglers from New York were the first to pioneer the salmon and striper fishing of the Croissant but, in the early days, were forced to fish either the Spey or the Switch.  Eventually, the rods became longer such that anglers could fish both rivers from the same position using a number of different "change of direction" casts.  "Spey" rods were necessarily longer not because the casts to the River Spey needed to be longer than casts to the River Switch, but simply because the prevailing "Winds of Atherton" were so strong as to require the increased casting power. 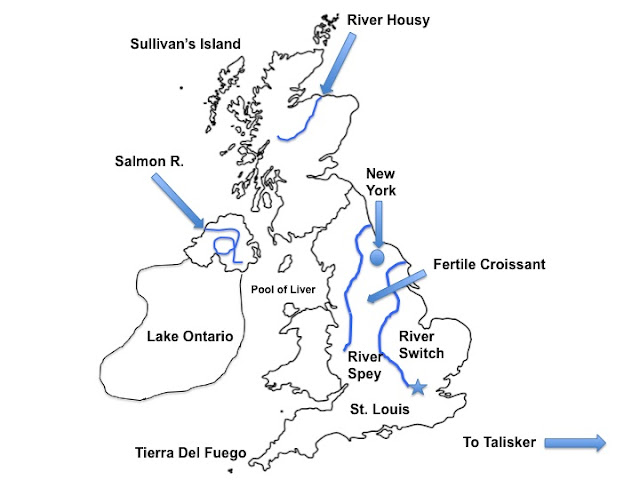 A short video* from my practice session.  I chose the music to honor the Cajuns who paved the way for all the Scottish fishermen who followed.

Size 8, with a splash of water

I’ve been drinking a lot of whisky lately.  Not a lot at any one time (mostly – but see below), but just trying a lot of different kinds.  It’s just not clear that there’s much else to do right now.  Smallmouth are around and feeding, according to those who fish for them, but fishing slowly in ice-cold water for sluggish fish, while not quite like a poke in the eye with a sharp stick, still takes second place to whisky. 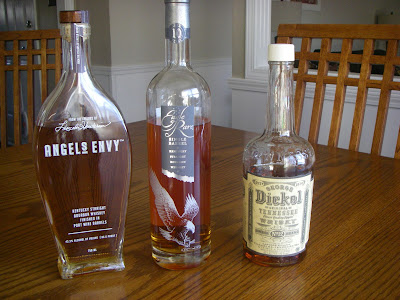 Some of the whiskies have been a little disappointing, at least for the money.  Angel’s Envy bourbon is real smooth, but I can get almost five bottles of Evan William’s 1783 bourbon for the same price.  Elmer T. Lee and Elijah Craig bourbons are nice; I’m glad I tried them and I’m trying to make them last, but might not buy them again.  Russell’s Reserve bourbon I’ve purchased twice, so that must mean something.  George Dickel No. 12 Tennessee whisky was a nice surprise.  Eagle Rare bourbon is a nice change of pace, too. 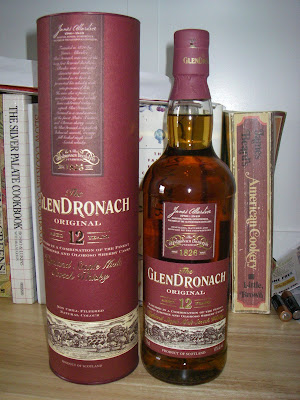 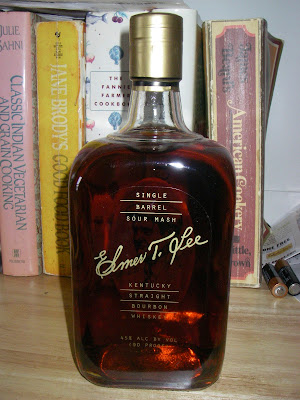 I picked up the GlenDronach when I was looking for something to fill some gaps in the Scotch collection, and I’m a big fan of it.  My Old Pulteney is almost gone, which will be a real shame.  I’ll replace it immediately with another carbon copy.  Tamintoul “Peaty Tang” was a pleasant surprise.  So was Ardmore. And Bowmore.  But the Arran doesn’t excite me.  Nor does the Glenlivet. 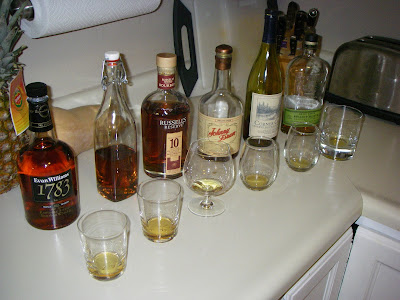 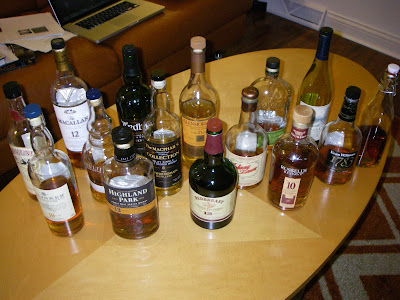 I tried, but didn’t buy, some Lagavulin 16 year old on Thursday.  It’s good, but I can’t drop that kind of coin unless I’ve been really, really good, and I ain’t.  I felt the same way about the Powers John’s Lane Irish whiskey, but I might be good enough to justify a bottle of that eventually.  The Glen Garioch, which is pronounced “Glen Small-mouthed Salamander” or something like that (I only recall that it sounds nothing like it should) was fine, but not my thing.

But the point of this post is not about those things.  What I want to know is why whisky is supposed to taste like other things?  You’ll rarely find a whisky rating that doesn’t mention raisins, figs, caramel, spices, or polished leather.  But I happen to like the taste of whisky more than the taste of raisins, figs, caramel or spices, and polished leather is hardly palatable.  Today, I was thrown out of a Clark’s Shoe Store by the manager, who apparently objected when I told all of the other incoming customers not to waste their time because not a single shoe there tasted anything like Ardbeg 10 year old Scotch whisky.
Posted by T.J. Brayshaw at 5:01 PM 4 comments:

Maple Syrup, a Bird and Some Fish

Slowly, slowly, it feels like we're coming to the end of the worst winter I can remember. Either it has been particularly cold, or each winter is actually getting worse, or as I get older the winter just feels worse. I desperately hope it's not the latter. Today we put the clocks forward and over the weekend partook in things that we do at the onset of spring. 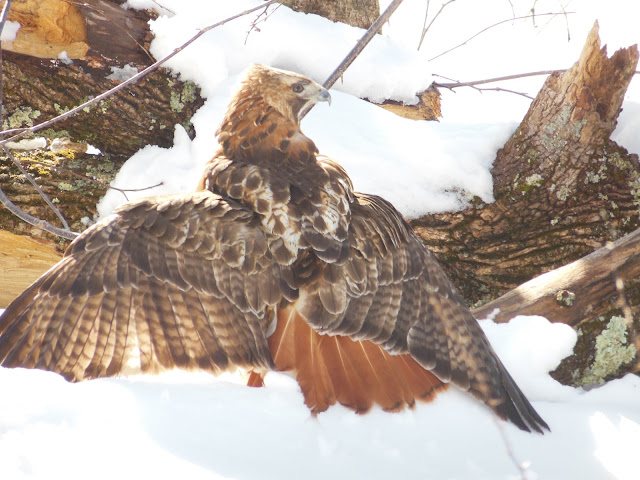