It's sunny and hot, without being too hot, so the salt marsh was the place to be this morning. The kids are getting just a little big to fit fore and aft in the banana. It's probably their last season in *this boat, so we're making the most of it. They're more tolerant than they used to be so we can go further and longer, and they admitted today that the salt marsh is "really cool".

Which, for a number of reasons, is really cool.


I'm going back down tonight to see if there's a bass about.


*Remove subtle connotation to reveal hidden message: You can never have too many boats. I'm buying a tandem. 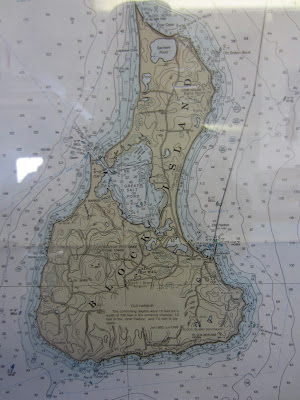 I'll be 42 next month and should know better than to to be pulling all-nighters. Now I have that horrid jet-lag feeling - the one that makes you feel like you're wearing someone else's body parts - and it's all I can manage to throw up some photographs from a very enjoyable, though terminally slow, evening/night/morning of fishing the brine. Sleep pattern is assuredly wrecked for the next several days but, as always, my man-brain is possessed by my own dismal catch and the need to get back out there and put things right. I'll let the following images convey just how well I did at catching bass last night.


But somewhat regardless, adventures at sea, with the willing company of Bob, Steve and Todd, are always a necessity; always fun. 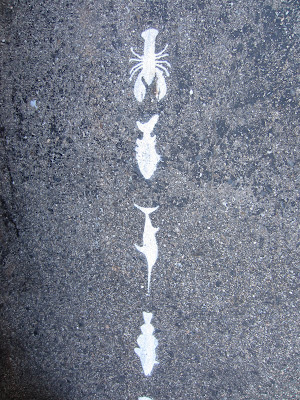 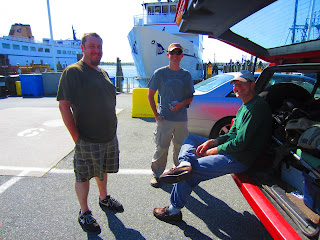 Follow the fish, you must. Perhaps I was going the wrong way?

How to get in a grandpa routine

While our primary purpose here at The Culvert is to brag, and our secondary purpose is to entertain, our tertiary purpose is to instruct.  And while it is rare that English Jonny or I will actually set out to write an explicit "How to" piece, we're confident that somewhere, among the drivel, are a few pearls of "How to" wisdom.  We know this because the web hosting company allows us to see what sort of keyword or phrase searches bring folks to The Culvert.  I'll admit right up front that I can't tell you off the top of my head which post will tell you how to get in a grandpa routine; in fact, I have no idea what the hell one of those is.  But since somebody's search engine brought them here after that query, I can only assume that we can tell you how to get into one.

There are some other things we can teach you as well.  You just have to ask. 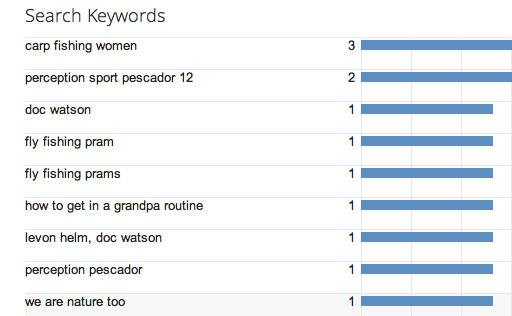 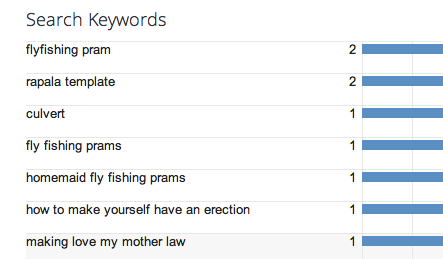 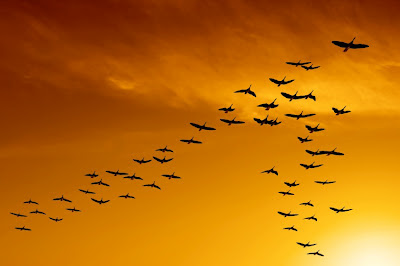 Each spring and fall, millions upon millions of birds fly from or to their breeding grounds (depending upon the season, and the hemisphere) to or from their wintering grounds.  Most of you know this, and you know it as migration.  What you may not know is that prior to these migrations, they get restless.  This “migratory restlessness” was called zugunruhe by the German behavioral biologists who first described it.  You can actually measure this through an ingeniously simply device called an Emlen funnel. The Emlen funnel is just a funnel, lined with paper, and containing an ink pad at the bottom.  A bird placed in this funnel will jump, repeatedly, in the direction it desires to fly. Clever experiments using Emlen funnels and artificial lights were what proved that birds can navigate using not only a time-compensated “sun compass”, but also the stars of the night sky. 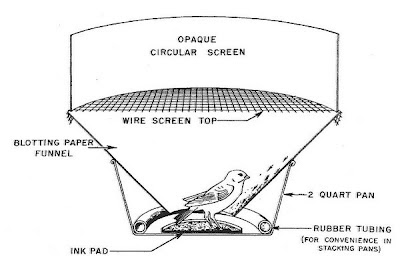 I’ll be moving soon, and I guess I’m experiencing my own bit of zugunruhe.  I’ll be leaving the Buckeye State in just a few weeks, to relocate to the Hoosier State. (English Jonny thinks I’m moving to India, which is not surprising given the appalling geographical illiteracy of those from England, Great Britain, and the United Kingdoms.  He also thinks India is still a British colony.)  I’m busy packing and while I haven’t found myself jumping repeatedly towards the west, I’ve disabled my account on the Ohio fishing forum and have started to map driving distances from my soon-to-be Indiana address to local fly shops and carp flats.

The move is necessary because, as it transpires, unemployment does not pay the bills.  And I’m excited about the move for a variety of reasons.  But it is bittersweet because it likely means that my saltwater fishing opportunities are going to be very limited for the foreseeable future.  I didn’t have any here in Ohio, of course, but I came here knowing it was temporary.  What I didn’t know was whether the next move would put me closer to or farther from the ocean; now I know.

I’ll miss the stripers most of all.  I love bluefish as well, but stripers – and by this I mean the real ocean-going stripers – well, they’re something special.  They’re handsome, sometimes very big, and always enigmatic.  There’s a culture surrounding the striped bass that’s something worth experiencing.  When I was fishing for them several times a week, I would arrive each Tuesday and Thursday morning at about 3:30 am to fish the same spot, during the herring run, with Augie. We’d fish until just after sun up, and then because I, unlike Augie, had a job, I’d head off to work. By 2:00 pm I was so exhausted I was worthless at work, and it’s probably not unreasonable to suggest that I largely squandered the opportunities at work during that period. Usually we fished this spot alone, but sometimes we’d see old One-Eyed Jack, Jimmy, or Jimmy the Plumber.  Jimmy the Plumber was a plumber, but I think Jimmy was unemployed.  Jack had only one eye and always wore bright yellow boots.  That’s how we knew it was him, because you really couldn’t see how many eyes he had from across the river, particularly in the dark.  When, one morning, I arrived simultaneously in our spot with another fishing buddy, Augie accused me of giving away the spot and never spoke to me again.  Stripers do that to people.

It’s hard for me to come to grips with the possibility that stripers will not be a major part of my life for the foreseeable future.  I can’t really put it into words, so instead I asked the late Waylon Jennings to record a song for me.  This particular song was just one of many gems on his fabulous 1975 album “Dreaming my Dreams”, most of which was recorded for me and the stripers.  This particular song, like most, contains many metaphors that may be lost on the casual Culvert reader, so in addition to linking some audio, I’ve provided the lyrics below, with annotations.

"The Door is Always Open"

Chorus:
Yes the door is always open and the light's on in the hall
And you know that I'll be waiting, if you ever come to call 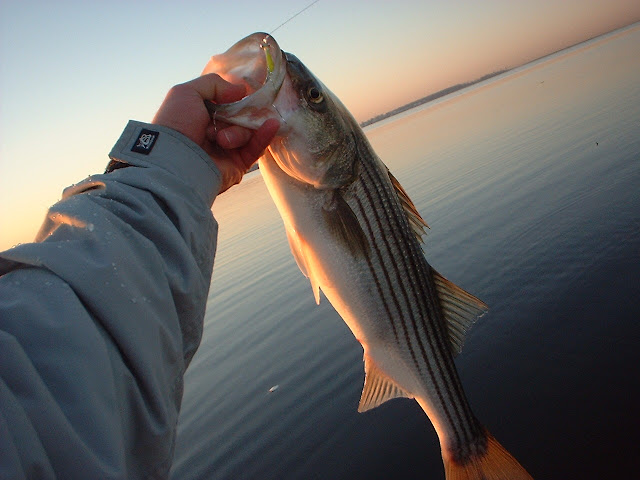 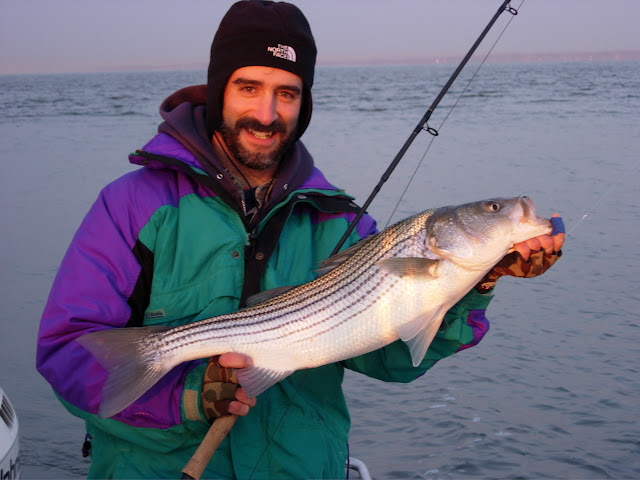 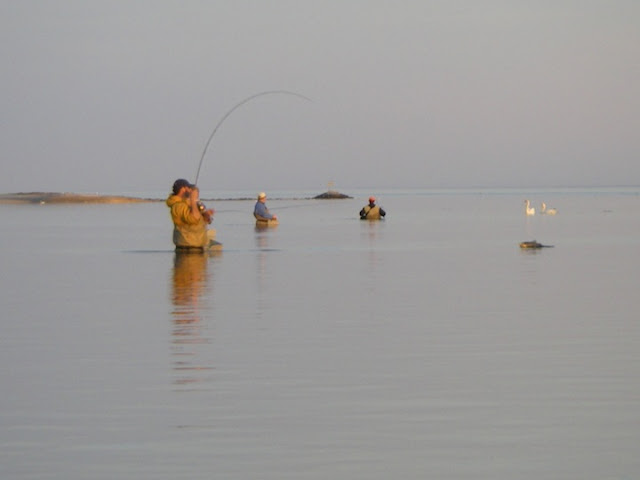 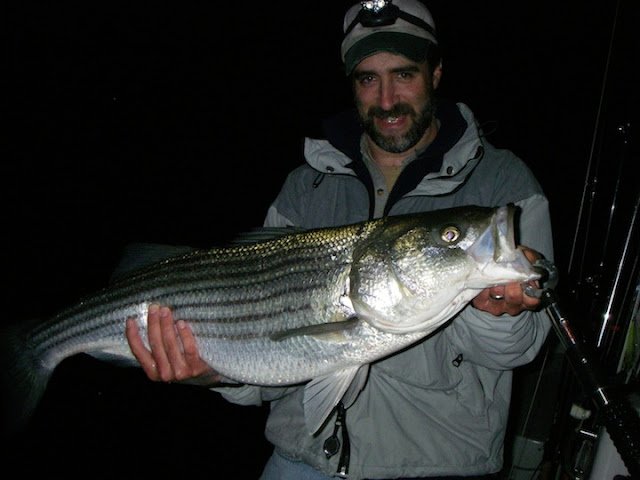 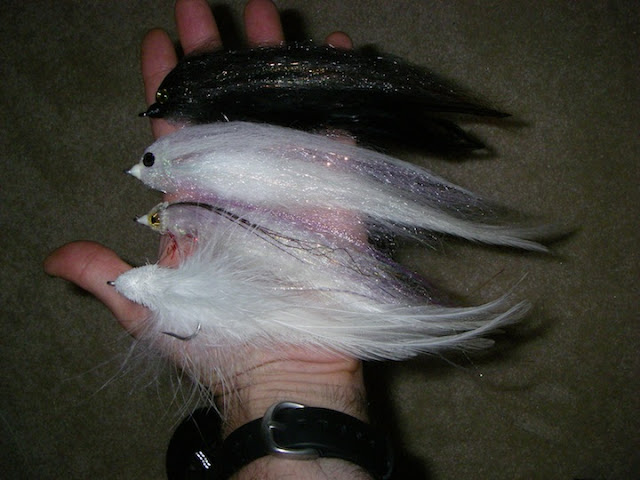 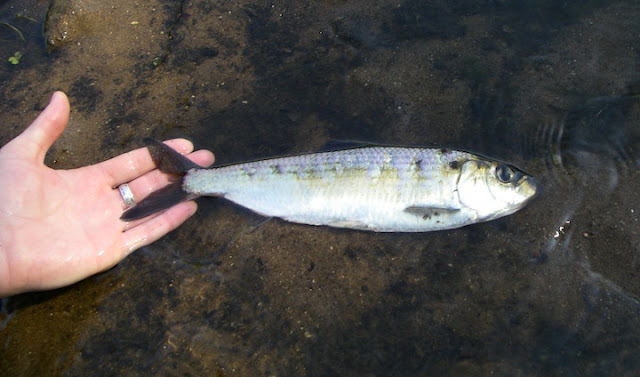 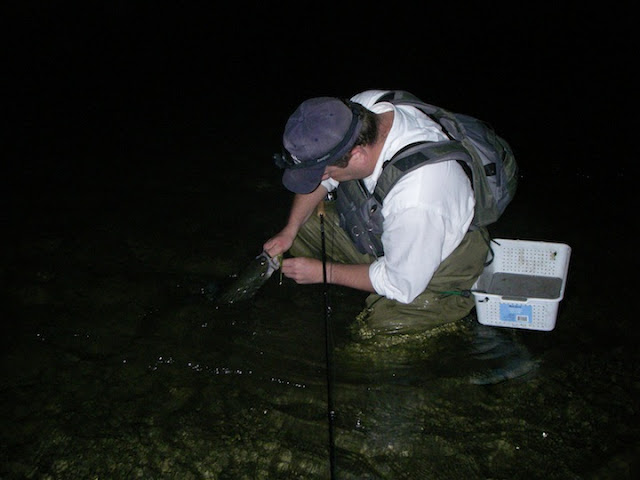 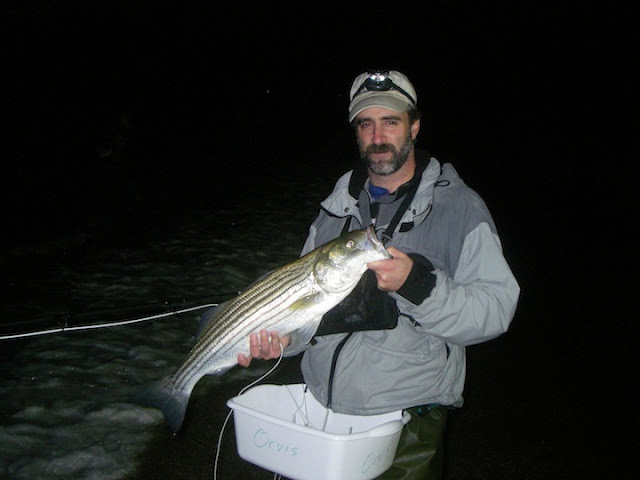 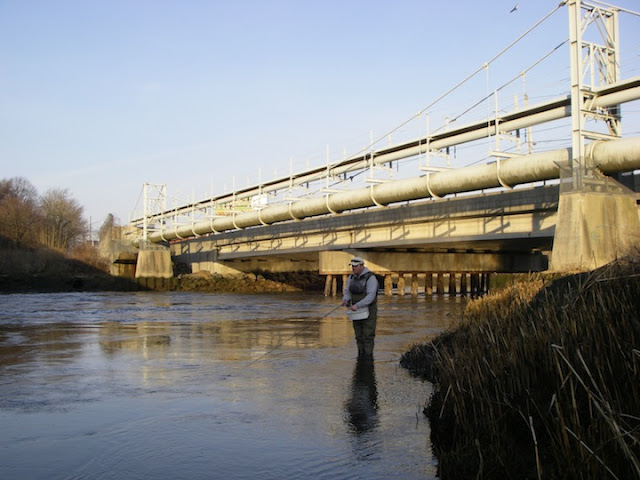 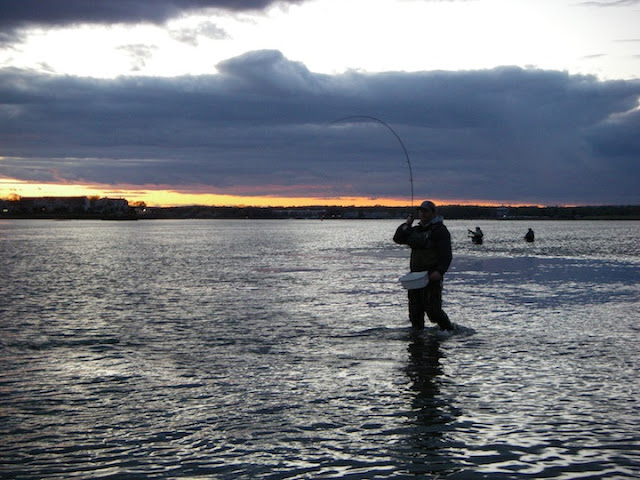 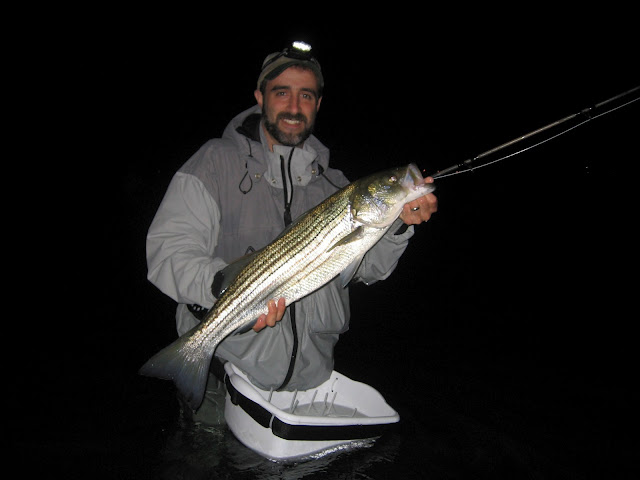 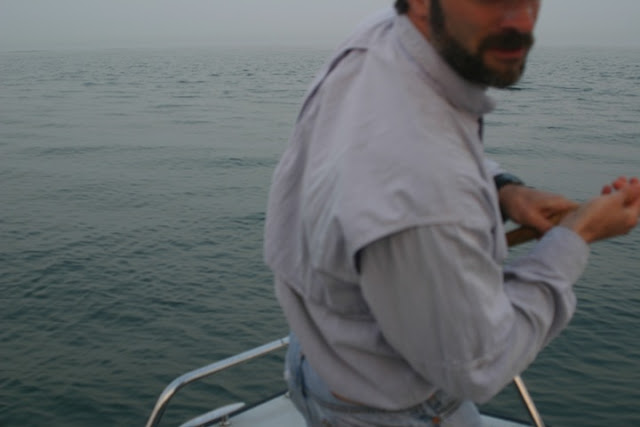 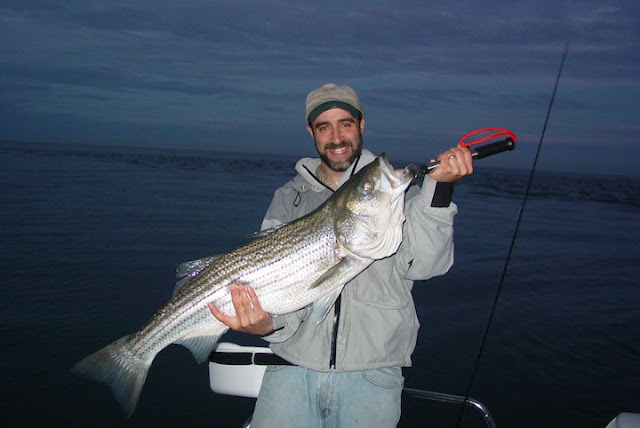 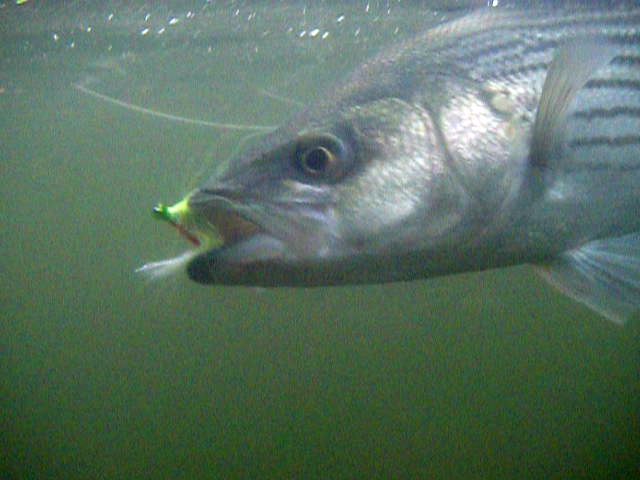 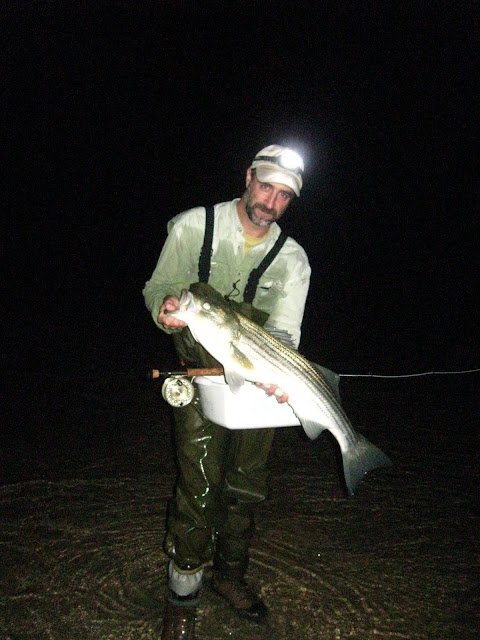 Eager to get out of town, particularly because my home waters are currently running at 13 CFS, but short on resources (mostly time and energy), I decided to hit a slightly larger stream less than an hour north.  This stream has been touted as being not only one of the most scenic in the state, but also as being one of the best smallmouth streams in the state.  I got a small fish on my third cast, and nothing the rest of the day.  In fact, though it was pretty, at least in places, the stream was largely lifeless. 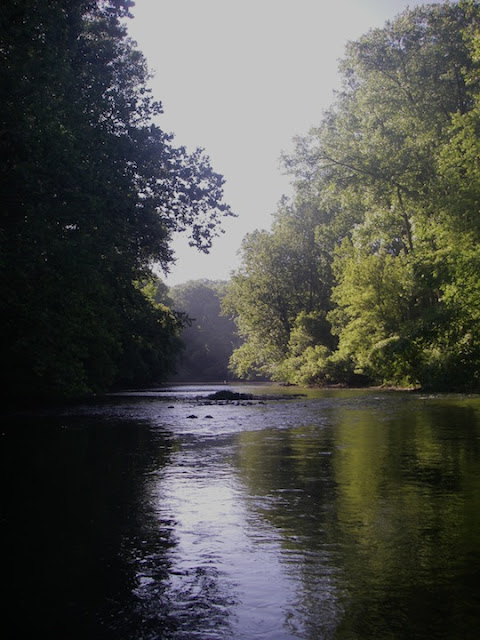 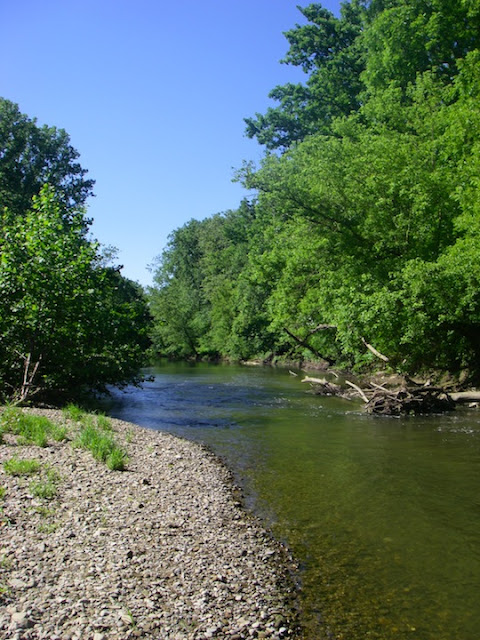 On my little trickle, I'll see three or four species of suckers on any given trip, as well as carp, smallmouth bass, rock bass, sunfish and bluegills, shiners and the occasional largemouth.  And so, because the day was not over, I paid her a visit. 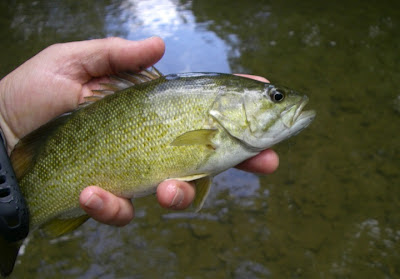 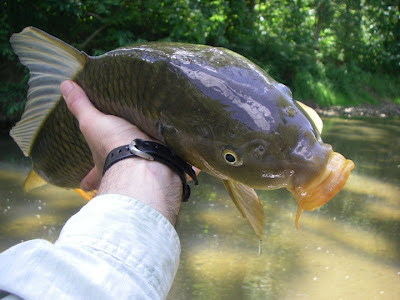 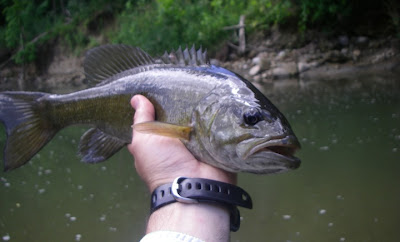 I saw a bald eagle fly over not long before dark.  A small bird, a blackbird of some type, was chasing it.  When I got home, I told my wife about the eagle, but I never mentioned the blackbird.  Only later did it occur to me that, while it's common for small birds to mob large raptors, it's still no less remarkable.  I mean, if you saw a bear running through the woods being chased by a toddler, would you return home and say "Guess what, Honey.  I saw a bear.  Running through the woods.  Neat, eh?"
Posted by T.J. Brayshaw at 9:23 PM 5 comments: 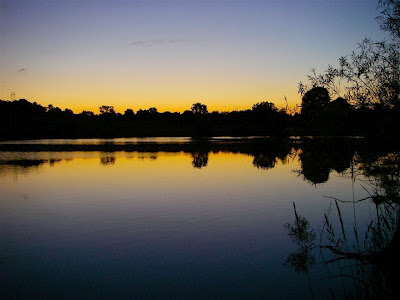 Went to a local pond to toss poppers for largemouth bass tonight.  Nothing of any size at all, but it was nice out there.
Posted by T.J. Brayshaw at 7:51 AM 4 comments: