Crocus are well on their way. Things are photosynthesizing. I have a cold but even in mid-February - this mid-February - I'm suspecting pollen. Last year we were under 3' of snow. I was hard at it with a chisel and the snow blower saved my job and physical wellness. In 2012 it's already spring in Connecticut. Forsythia is green and ready. It was warm enough today that Bill and I are contemplating kayaking tomorrow, a whole month before the frogs and some weeks (I bury forget the exact date) before ya'll get too excited about having celtic roots. We won't go, but that's not the point.

I'm not from here. I'm from over there, where the grass is green in winter. So just trust me that this is all quite weird - last year, then this year. Today I imagined that most beasties, like plants, are starting up early, encouraged by the warming trend; or at least they're confused, like me. I wonder if the Beasties on Hudson and those hundreds of miles south are thinking the same thing, and thinking of setting out early.

Like the man said, the seasons really are an endless distraction. At least, this is what I was thinking in the loop of 2nd grade basketball, Stop and Shop, the dump and the wine store today.

As we get older our memories of childhood inevitably fade, so it's really special to unearth the original footage of that very first moment when I realized that *my musical collaboration with TJ Brayshaw was destined to evolve into what it has become today.

*We're not fit to clean the boots of these fantastic players.Brothers Jonny Mizzone age 9 on banjo, Robbie Mizzone age 12 on fiddle, and Tommy Mizzone age 14 on guitar. Jonny is playing a Huber Vintage VRB-75 Banjo. The fact his name is Jonny is a coincidence.
Posted by English Jonny at 10:30 AM 5 comments:

(Please don't) Take me to your leader. 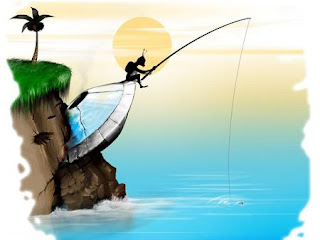 It's sometimes fun to ponder what Mozart, or others of his ilk, would think of the music of, say, Led Zeppelin or Muddy Waters, or even English Jonny and T.J. Brayshaw.  What I suspect, in at least two of these cases, is that he would at the very least recognize it as music.  He might even like it.

It's baffling to me, then, that folks who all might be lumped under the label of "fishermen" could have such different ideas about what fishing is, or at least ought to be.  Recently, in my internet travels, I came upon two different discussions that gave me pause for some reflection.  In most ways, they have very little in common, with the exception of two things.  First, both have something to do with fishing (If I'm feeling generous.  Let's just say, they have to do with fish.)  Second, my reaction to both was the same, which is to say immediate, visceral, and negative.  I thought about this afterwards, particularly about why my reaction was so negative and whether this was even fair.  In the end, I think I'm more confused than disturbed.
The first had to do with a well-known tarpon tournament that occurs each year in Florida's Boca Grande Pass.  Large numbers of very big tarpon pass through here, and absurdly large numbers of anglers gather to catch them.  This isn't the backcountry, flats fishing some of you might be familiar with, because here the water is too deep to fly fish (or even sight fish) for the tarpon.  Instead, the competitors jig the fish up from the depths.  The entire scene is borderline chaos, and many believe that the numbers of anglers, the fishing techniques, and the fish-handling practices are unnecessarily hard on the fish, such that mortality of these fish far exceeds what many tarpon anglers would consider acceptable.  It's hard to watch video of this event and not suspect the same.  A fellow on The Drake's message board was roped into fishing "The Pass" with his boss, and describes the episode this way: "Sure, we hooked fish, quite a few in fact. Got four to the boat, lost two of them to sharks. I don't know if they were particularly thick that day, but I'd say about a third of the poons met "Jaws" from what I could see. For the guys on my boat, that was particularly cool. We broke off a few times weaving in and out of the amateurs who "didn't know how to fish the pass" as my guide told them. I enjoyed a few of the "What the fuck are you doing?", "Move your fucking boat, don't you know what you're fuckin' doing?" that were exchanged between boats that are all of a few feet apart at times." 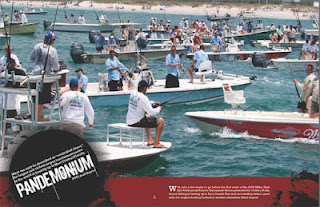 Hold your thoughts for a moment, please.
The second discussion came from a local fishing board, and had to do with a fellow's account of a large musky he accidentally snagged while fishing. He acknowledged that the fish was snagged (in the tail), and released the fish after landing it.  These things happen.  My immediate, visceral and negative reaction was to what followed his account of the event.  After describing the long fight, the fisherman described why he decided to go home, rather than continue to fish: "It doesn't get any better than this!!"
It seems there was simply no improving upon this fishing experience.   In any event, he was then warmly congratulated by several other fishermen for a "Great catch!!", and several also congratulated him for releasing the tail-snagged musky.
This angler released the musky, and I suspect little harm was done.  I don't know the effects of the Boca Grande Pass tarpon tournament on those tarpon, but let's assume for the moment that it has little if any negative effects on the tarpon.  My gut reaction is to be deeply offended by the tarpon tournament on many levels, but perhaps this isn't fair.  The fact that it doesn't appeal to me doesn't necessarily mean that it's distasteful.  What has me so distressed is that I am at a complete loss to understand what is going on in the heads of any of these fishermen.  I am thoroughly confused as to why anybody would want to participate in that circus.
And the musky snagger? He can't imagine anything better than snagging a gamefish by the tail? Nothing?  Nothing at all? To try to get a fish to actually take a lure would be, I guess, anticlimactic. Hit a pheasant with your car while driving down the highway? The same as a great quartering-away wingshot, apparently.  Fucking a corpse?  "Best sex I can possibly imagine!!"
And what of those who congratulated him?  I was particularly bemused by those who congratulated him for releasing the snagged fish, as if he deserves extra accolades for doing what is so clearly the only proper option.  Jonny recently congratulated me on my ten-year wedding anniversary, but he never bothered to also congratulate me for not beating my wife or fucking the babysitter.
It makes me wonder if, despite that we all call ourselves "fisherman", we're even from the same planet.  My first thought, upon meeting some of these folks, might be to instruct them to "Take me to your leader", but I suspect even mastermind behind this colony of alien fishermen wouldn't be able to make me understand.
Posted by T.J. Brayshaw at 10:03 PM 10 comments:

Led me to get excited, which led to these 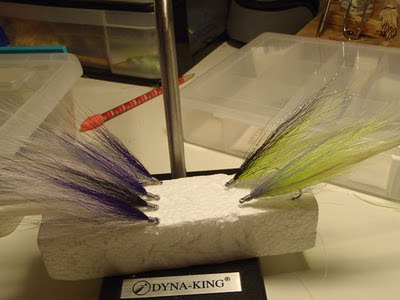 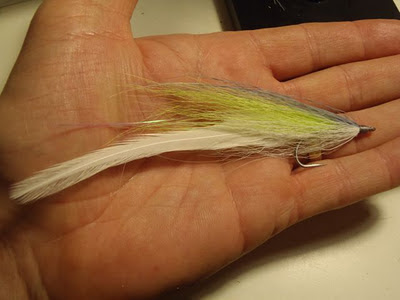 Which led me to throw up when I received this.