Although we do like to have some fun here at The Culvert, there are some things, like protecting your skin from the sun, that are not to be joked about.

However, some of the things that hip fly fishermen wear are to be joked about - as often as possible.

Occasionally I read something so bloody good, so terribly pleasing, that it's worth the poor photographs. Well, they do say a picture's worth a thousand words
(they being a bunch of dribbling morons.) 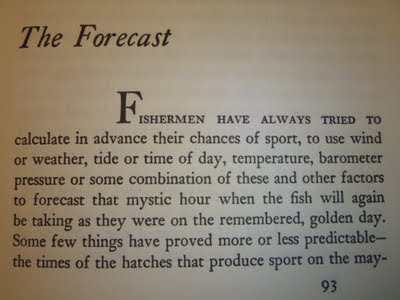 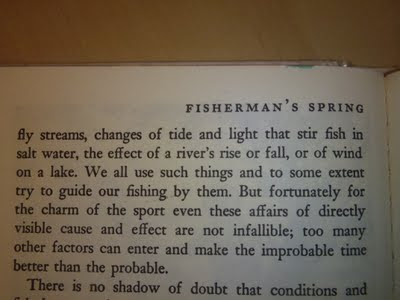 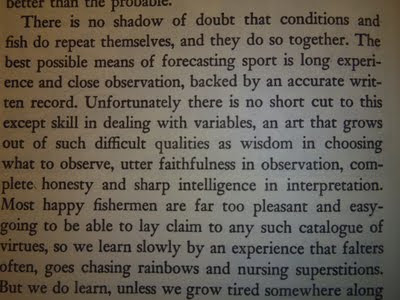 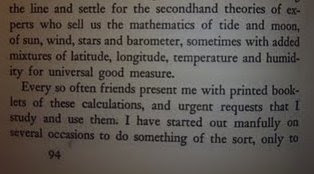 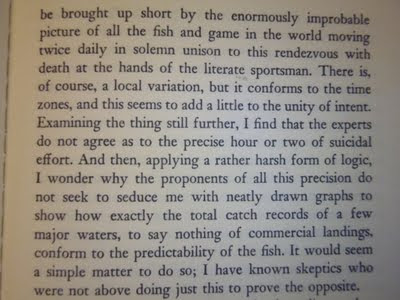 I have nothing to declare but yesterday's species count. There were 8 in total and, in order of importance, they were: large mouth bass; striped bass; white perch; sunfish; calico bass; creek chub; brown trout; salmon par.

I caught the first 6 by my house in a natural stream that anglers ignore. I didn't even go there to catch these fish - I was after carp, but the tide was in, the sediment thick, so I had to settle for these 6 different species of wild fish. I didn't see another angler because this isn't a fishery - it's not a destination, despite the weeping willows, the loveliness of the stream, the reality and challenge of the setting, the plentiful fish. It's not a trout stream. Here are some of the wild fish:

Afterwards I made the long drive to fish the Farmington in the afternoon with Zakur and Don, and it isn't even Thanksgiving. These two guys know the pace of a river; that catching doesn't really matter. Sometimes sitting by a river, catching up, is better than fishing it, and this is true of the Farmington in August. It's a great trout stream when the stocking truck's been, but despite its relative beauty, it's something of a limp affair in the dog days. We caught a handful of this year's stockies and a bucket full of salmon par, each delicately fried in cornmeal, held by the tail and consumed whole. We had a jolly time, but the fishing wasn't what you'd call good.


Like a stocked brown trout, by August my brain has re-calibrated from the lusts of spring. By mid-summer I need natural rivers and wild, weird fish.

See you by the old Mill.

Jonny
Posted by English Jonny at 9:01 AM 7 comments:

Britain's largest and most beloved fish has died peacefully at her St. Ives home.  Though we never met this particular fat lady, The Angler's Culvert team expresses its deepest sympathies to the anglers of Great Britain, in England, at this sad time. In lieu of flowers, please make donations to People for the Ethical Treatment of Animals. 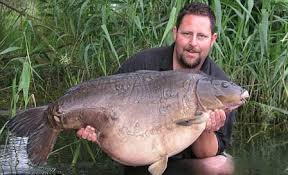 Join us for this week's "Slurp Cast!", the video podcast of the Angler's Culvert, hosted by T.J. Brayshaw and English Jonny, and sponsored by "Slurp" magazine, the only magazine dedicated exclusively to fly fishing for carp and the literature that it inspires.
In this week's Slurp Cast, Brayshaw interviews well-known angler Lefty Kreh. Watch and listen to hear some of Lefty's great stories, and learn more about how to catch carp on the fly!!
Posted by T.J. Brayshaw at 1:00 AM 6 comments:

I had a little time to kill.

Despite the fact that, over my wife's protestations, I refused to soothe, console, comfort or otherwise contact my children during their recent bout with a stomach virus, I still managed to contract it. This falling on the heels of a week-long, carp-free family vacation (what's the point, really?), I was desperate for some slurp. And so despite something less than a full recovery, I ventured out on a recent Sunday morning, and did alright. In fact, I managed to get three carp, one right after another, in the same spot with nary a footstep between slurps. So, Friend, if anybody tells you that once you've gotten one from a spot the others will have bolted or turned hopelessly off the feed, don't you believe it.

My apologies for the video perspective - this stuff ain't easy to do by one's lonesome.

The music is "The Desperate Man" by the Black Keys. I chose this song because it was about the same length as the video, and this seemed easier than yet more editing.

The Desperate Man (gets his Daily Slurp) from English Jonny on Vimeo.