If normality ever returns I'll do my best to capture more about our trip to the Salmon River in New York, but for now the abbreviated version. This was my first try for steelhead and I was apprehensive about hoards of grumpy anglers, but we - me, Todd and Steve - found solitude. My expectations were to freeze half to death, perhaps hook a fish or two, and hopefully not regret the whole escapade. Where usually it is deathly cold and ice, we were bathed in 60 degree sunshine. We hooked over 60 steelhead on trout rods and 6lb tippet. We landed 21 fish, my own rod rod accounting for 9 fish, the first of which was a beautiful 12lb male. We helped each other in the playing, landing and photographing of fish. We were a good company. All fish were bigger than expected, perhaps between 8 and 14lbs. The majority were bright crome and (with one rare exception) all fought like nothing I've ever known: ripping through strong current, down to backing, apparently off, then on again, hooking river bed, then movement, chaotic jumping, powerful switch-back runs. I've never been more grateful for my Barbour hankie. The story is much richer - during one battle I had my old Diawa rod wrenched from my hand and had to run through feet of water as the fish pulled it down river (I caught up with the bright ten pounder two pools down) - but for now, and until I'm properly sedated, here's some mug shots. 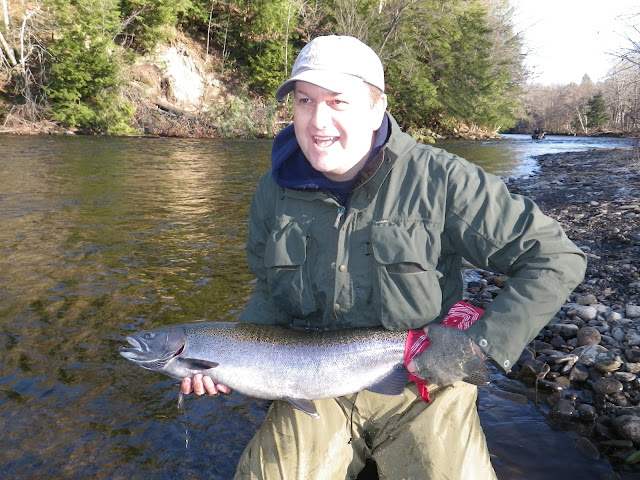 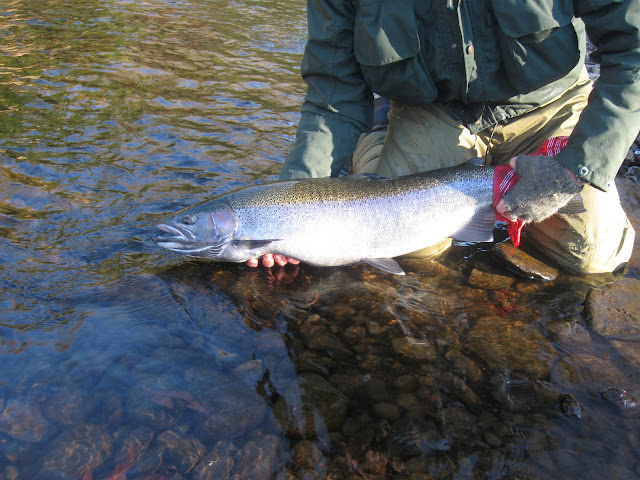 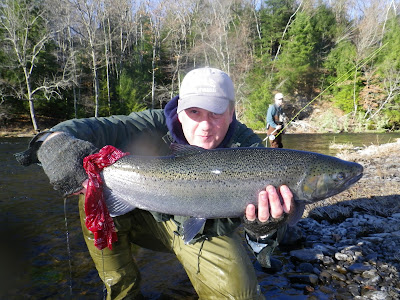 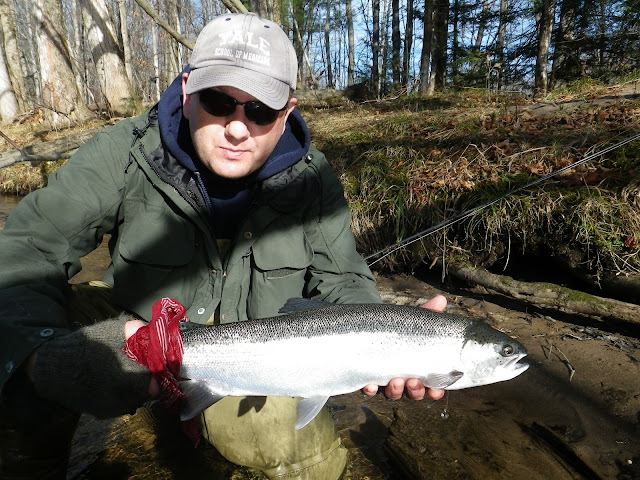 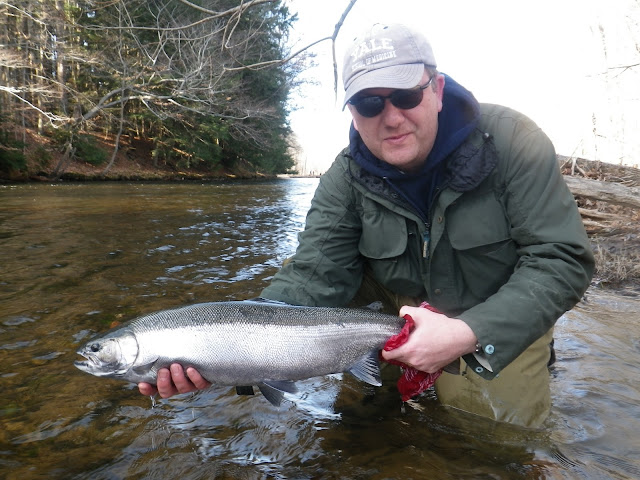 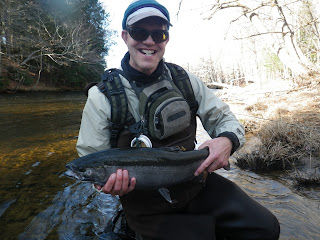 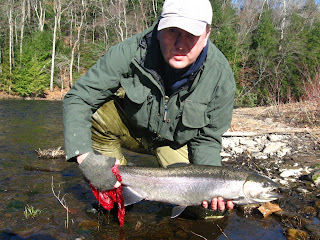 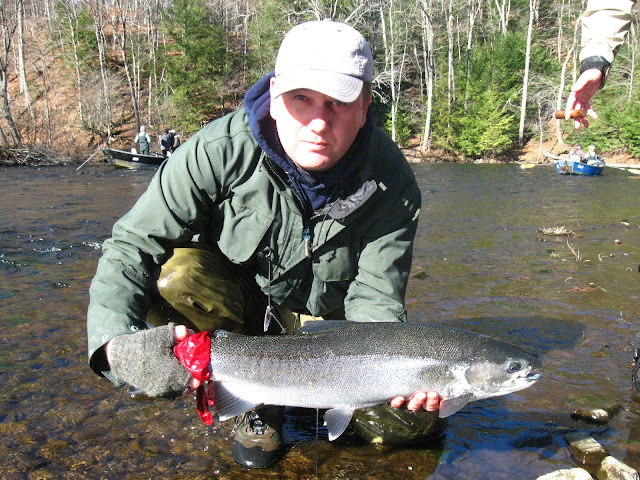 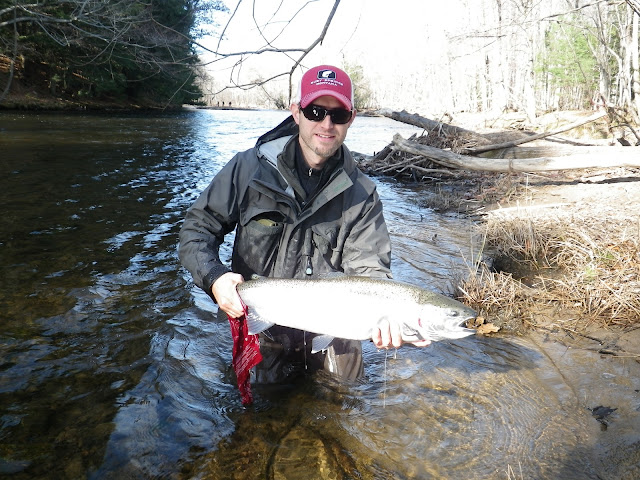